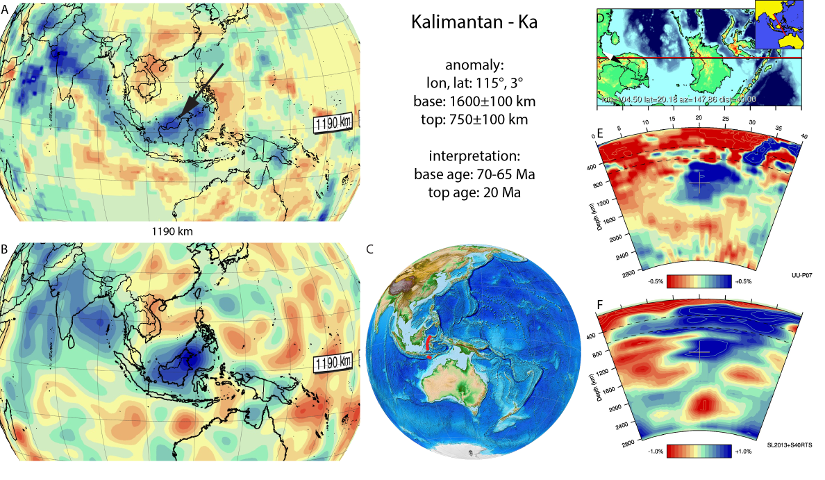 Figure A47. Kalimantan anomaly, interpreted as the Kalimantan slab, with (horizontal) [vertical] cross sections through (A)[D] the UUP07 p-wave) and (B)[D] the combined SL2013 and S40RTS s-wave models at 1190 km; C) the location of the modern geological record that we interpret to have formed during the subduction of the slab.