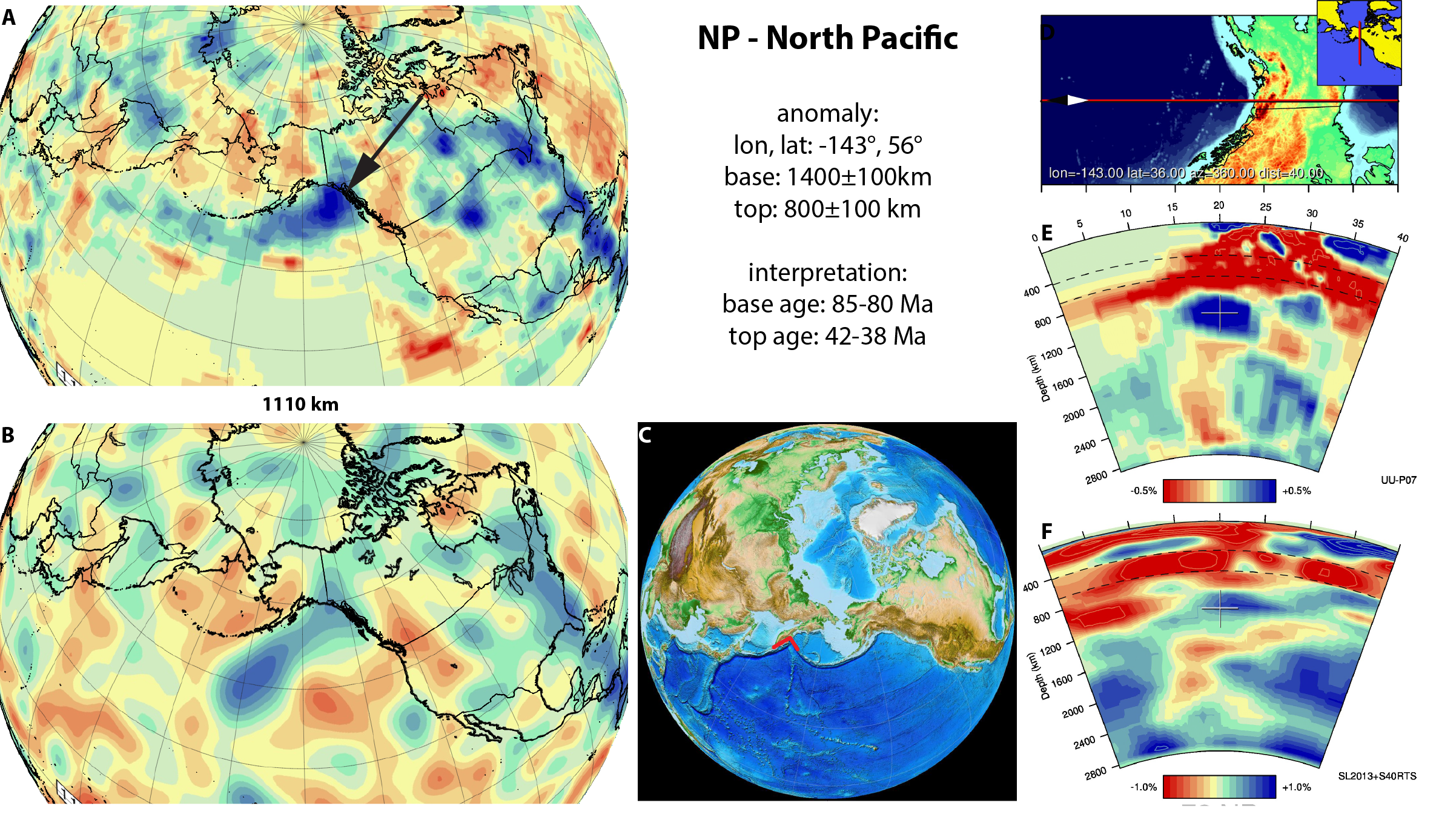 Figure A68. North Pacific anomaly, interpreted as the North Pacific slab, with (horizontal) [vertical] cross sections through (A)[D] the UUP07 p-wave) and (B)[D] the combined SL2013 and S40RTS s-wave models at 1110 km; C) the location of the modern geological record that we interpret to have formed during the subduction of the slab.

The North Pacific anomaly (Figure A68) is located below the northern Pacific Ocean and southern Alaska from the mid-mantle up to upper part of the lower mantle. In previous tomographic studies it has been interpreted as Kula (Qi et al., 2007), Pacific slab (Ren et al., 2007) and was also identified as ‘K’ in Sigloch (2011). The Aleutian slab (section 3.3) higher in the mantle to the north that subducted since 56-46 Ma led us to infer that the North Pacific anomaly represents Early or pre-Cenozoic subducted lithosphere (van der Meer et al., 2010). Shapiro and Solov’ev (2009) inferred northward subduction of Kula oceanic lithosphere below a southward extension of the North American plate, resulting in the intra-oceanic Kronotsky-Commander arc now found in Kamchatka. This arc was dated by Levashova et al. (2000) to be active from 73+/-7 Ma (Campanian-Maastrichtian) to 40 +/-2 Ma (Eocene), perhaps with a switch in subduction polarity in the Paleocene, resulting in subduction of North American plate.
The reconstruction of Shapiro and Solov’ev (2009), who restored the Kronotksy-Commander arc as part of the Pacific plate after its Eocene cessation, would place the arc in a positon that is in agreement with the location of the North Pacific slab. We therefore follow their interpretation and surpass our previous interpretation (van der Meer et al., 2010) which was based on an older reconstruction (Engebretson et al., 1985) of the paleo-Pacific Ocean. Following its extinction the Kronotsky-Commander arc was transported westward as an aseismic ridge to the Eurasian plate and collided with Kamchatka at ~5 Ma (Shapiro and Solov’ev, 2009).