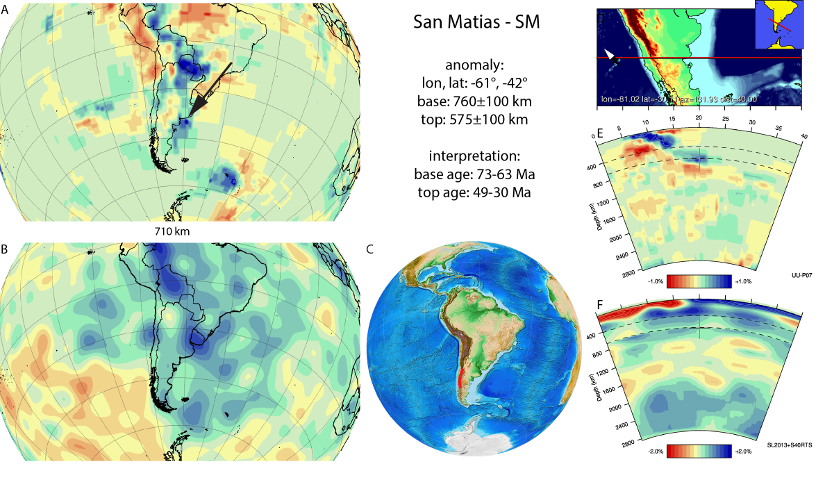 Figure A77. San Matias anomaly, interpreted as the San Matias slab, with (horizontal) [vertical] cross sections through (A)[D] the UUP07 p-wave) and (B)[D] the combined SL2013 and S40RTS s-wave models at 2170 km; C) the location of the modern geological record that we interpret to have formed during the subduction of the slab.

The San Matias anomaly (Figure A77) is located below southeastern South America, offshore Patagonia, at the top lower mantle and at the base of the upper mantle. It is a N-S trending anomaly and has previously been interpreted to have subducted eastward below South America, followed by its detachment due to the arrival of the Farallon-Aluk ridge at the Andean margin (Aragón et al., 2011). This led to a break in magmatism between ~30-15 Ma, which we interpret to correspond with the slab window between this slab and the shallower Rio Negro slab. We interpret the onset of subduction of the slab to correspond with the Paleocene–Eocene Pilcaniyeu belt with an age of 68–49 Ma (Giacosa and Heredia, 2004).