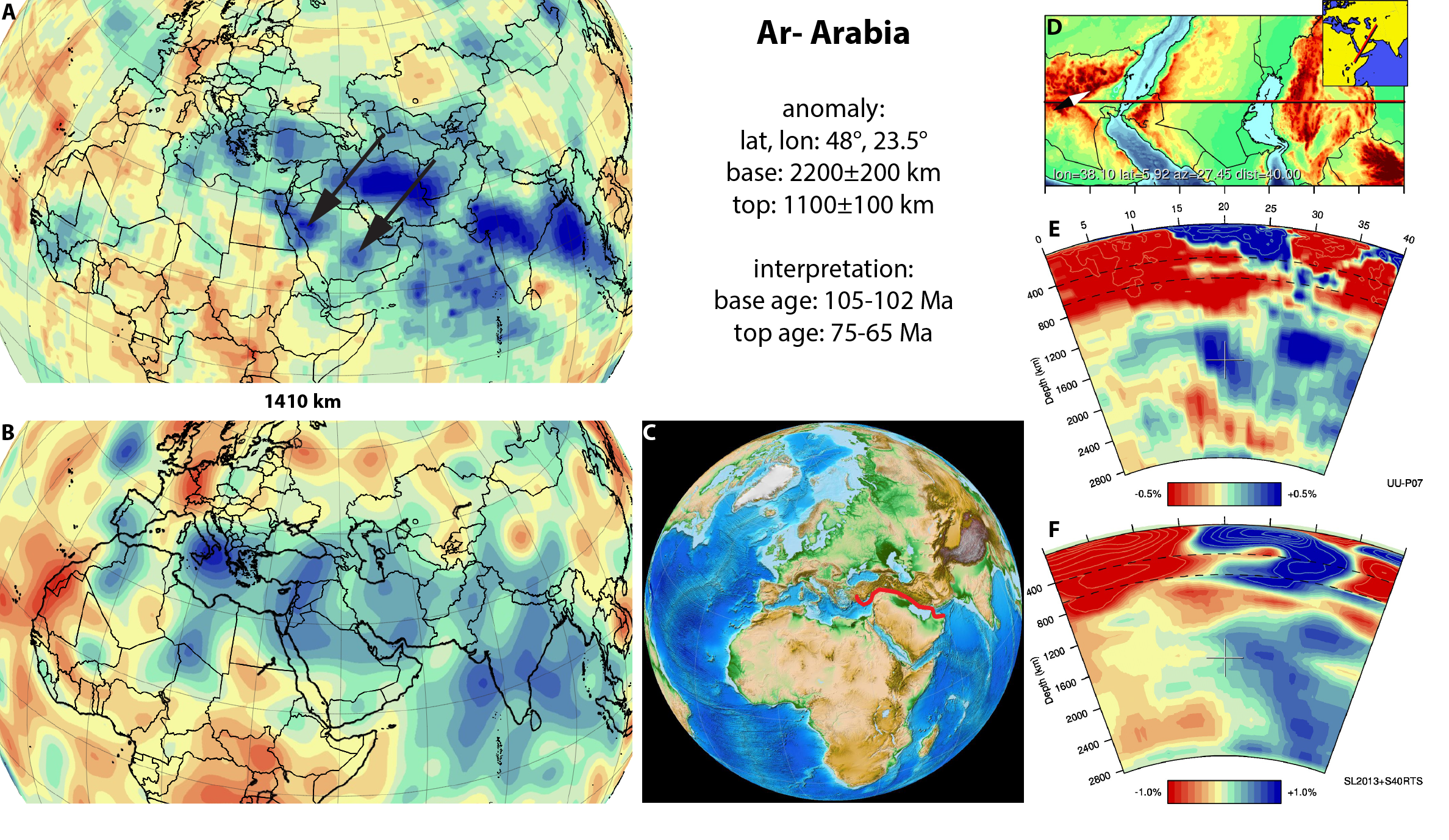 Figure A9. Arabia anomaly, interpreted as the Arabia slab, with (horizontal) [vertical] cross sections through (A)[D] the UUP07 p-wave) and (B)[D] the combined SL2013 and S40RTS s-wave models at 1410 km; C) the location of the modern geological record that we interpret to have formed during the subduction of the slab.

Guilmette et al. (2018) showed Lu/Hf dating on garnet of the metamorphic sole of the Oman ophiolite, which revealed that sole accretion, and hence subduction initiation, started between 102 and 105 Ma. The often-quoted ~95 Ma ages from sole and ophiolite represent upper plate extension and sole exhumation, which thus post-date subduction initiation by approximately 10 Myr. We have updated the age for the base of the Arabia slab to 102-105 Ma.

The Arabia anomaly belt (Figure A9) is located in the mid-mantle from the northern part of the Red Sea to the southeast below the southeastern coast of Saudi Arabia. The Arabia anomaly belt was previously identified by Hafkenscheid et al. (2006) and identified as the Eg and SA slabs. They are located south of and at a depth interval overlapping with, and hence probably subducted in part simultaneously with and south of the Mesopotamia slab to the NE that subducted along the Eurasian margin between 150-65 Ma. The Arabia slabs thus likely represent Neotethyan lithosphere that subducted intra-oceanically. Intra-oceanic subduction within the Neotethys between Arabia and Eurasia is a well-known event in the Late Cretaceous, and culminated in the obduction of ophiolites over the Arabian margin (the Semail ophiolite of Oman, and the Kermanshah and Neyriz ophiolites of Iran, and the Baer Bassit and Hatay ophiolites of Syria and SE Turkey, respectively, and perhaps the Troodos ophiolite of Cyprus, in the Late Cretaceous (70±5 Ma; Koop and Stoneley, 1982; Al-Riyami et al., 2002; Dilek and Furnes, 2009; Homke et al., 2009; Searle and Cox, 2009; Agard et al., 2011). These foreland basin deposits and overlap assemblages provide the likely age for break-off of the Egypt-Saudi Arabia slabs. The minimum age of onset of subduction below the Arabian ophiolites is provided by the age of their metamorphic soles (95±5 Ma: Hacker, 1994; Hacker et al., 1996; Al-Riyami et al., 2002; Warren et al., 2003; Agard et al., 2007)